The Ramazzini Award for 2018 is presented to Engineer Fernanda Giannasi of Brazil for her leadership in the promotion of an asbestos-free Brazil and in broadening the rationale for supporting a worldwide ban on asbestos.

Engineer Giannasi graduated in Civil Engineering from the Instituto Politécnico de Ribeirão Preto and did her post-graduate (lato sensu) specialization in Safety and Health at Workplaces Engineering.  She worked as a Labor Inspector for the Ministry of Labor and Employment for 30 years, currently retired and acting as an expert advisor for the Labor Prosecutors (Federal Labor Public Ministry) as well the asbestos victims’ solicitors.  She is coordinator of the Virtual Citizens Ban Asbestos Network for Latin America, founder of the Brazilian Association of People Exposed to Asbestos (ABREA) and Fellow of the Collegium Ramazzini.  She is also an active member of the Asbestos Disease Awareness Organization in its work to ban asbestos worldwide.

She is admired by labor court judges and prosecutors for her work throughout Brazil.  They are among the many professional organizations where Engineer Giannasi has built awareness and expertise to deal with asbestos and toxic chemicals.  She is beloved by unions and respected by the media for her accomplishments, insight and candor.  Last November, her efforts to ban asbestos in Brazil as well the fight for justice for the asbestos victims and their families, brought about the important decision by the Supreme Constitutional Court (STF) that declared asbestos banned in all of Brazil.  In April 2017, she was honored by “O GLOBO”, one of the most important and respected daily newspapers in Brazil, with the Prize “FAZ DIFERENÇA” (Make the Difference) in the category of Economy field.  She has also been honored with the Claudia Award, a televised annual media event saluting woman who have made special contributions to Brazilian society.

Because of her staunch defense of workers’ safety and health, she was pressured by the asbestos lobbies in Brazil and Canada, enduring all kinds of pressures and harassments, even including death threats, in addition to civil suits, administrative restrictions, and criminal charges incited by her detractors.  Despite these and in part because of them, she was honored with the International Award by the American Public Health Association’s Occupational Health and Safety section, citing her works as an example of what a citizen can accomplish by organizing a social movement to protect workers and society at large against a malignant industry.  Even the United Nations has honored her as a champion of human rights in standing up to the industry pressures.  She has received multiple recognitions from other civil society groups, including the International Society for Environmental Epidemiology (ISEE), the Ray Sentes Award in Canada, the 2017 Rachel Lee Jung-Lim Award in South Korea, and the Tajiri Muneaki Memorial Fund in Japan. She was awarded with the Brazilian Judiciary Order of Merit by both the Regional Court of Appeal (2nd level) and the Superior Labor Court (3rd level).

The Collegium recognizes Engineer Fernanda Giannasi as a hero of Worker Safety and Health as an exemplary public health worker and, in particular, as an advocate and leader of civil society in the social movement for the banning of asbestos worldwide. 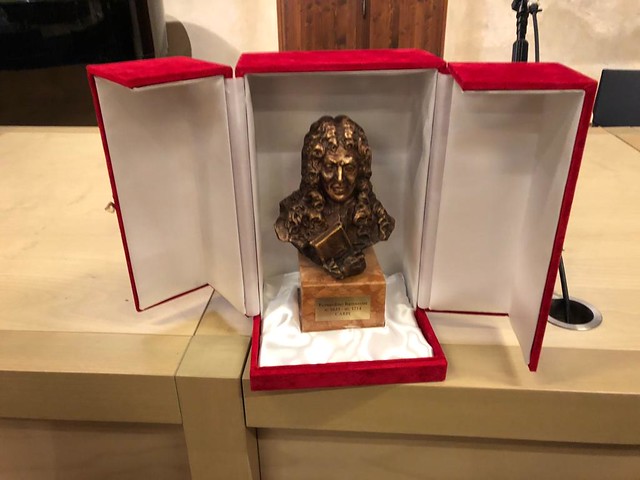